Formerly known as the Hassell House, constructed in 1895 by builder W.W. Wainright.  The first owners were A.F. Erwin and wife, Dora.  The family home also served as a boarding house run by Dora.

John T. Hassell and wife Mary A. bought the home in 1903 for the sum of $3000.00.  John Hassell was in the lumber business.  The home continued to be used as a boarding house by the Hassell family.  During the years the Hassell's lived in the home, they planted and maintained a small orchard of fig, pecan, and pear trees.  Several of these trees remain today.

The Hassell’s owned the home until the early 1990’s. Daughters Lucy and Lovi remained in the home and kept it in its original condition with very little modification during these years.

During the kitchen remodeling in 2006, some letters and other items were found in the wall dating between 1912 and 1916.

The home has continued to operate as a bed and breakfast with each of its successive owners.

Ms. Christy Thurber and Mr. Thomas White, acquired the home in September of 2016 from Ms. Vicki H. and are continued the B&B tradition.  Ms. Christy now lends her style and charm to the Fig Tree Manor.

Fig Tree Manor closed it's doors on January 1st, 2022.  We thank you all  for your business and support. 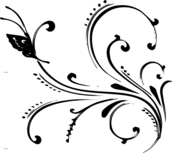 Included were the addition of bathrooms,

a commercial kitchen and dining/great room with covered porch on the back of the house.